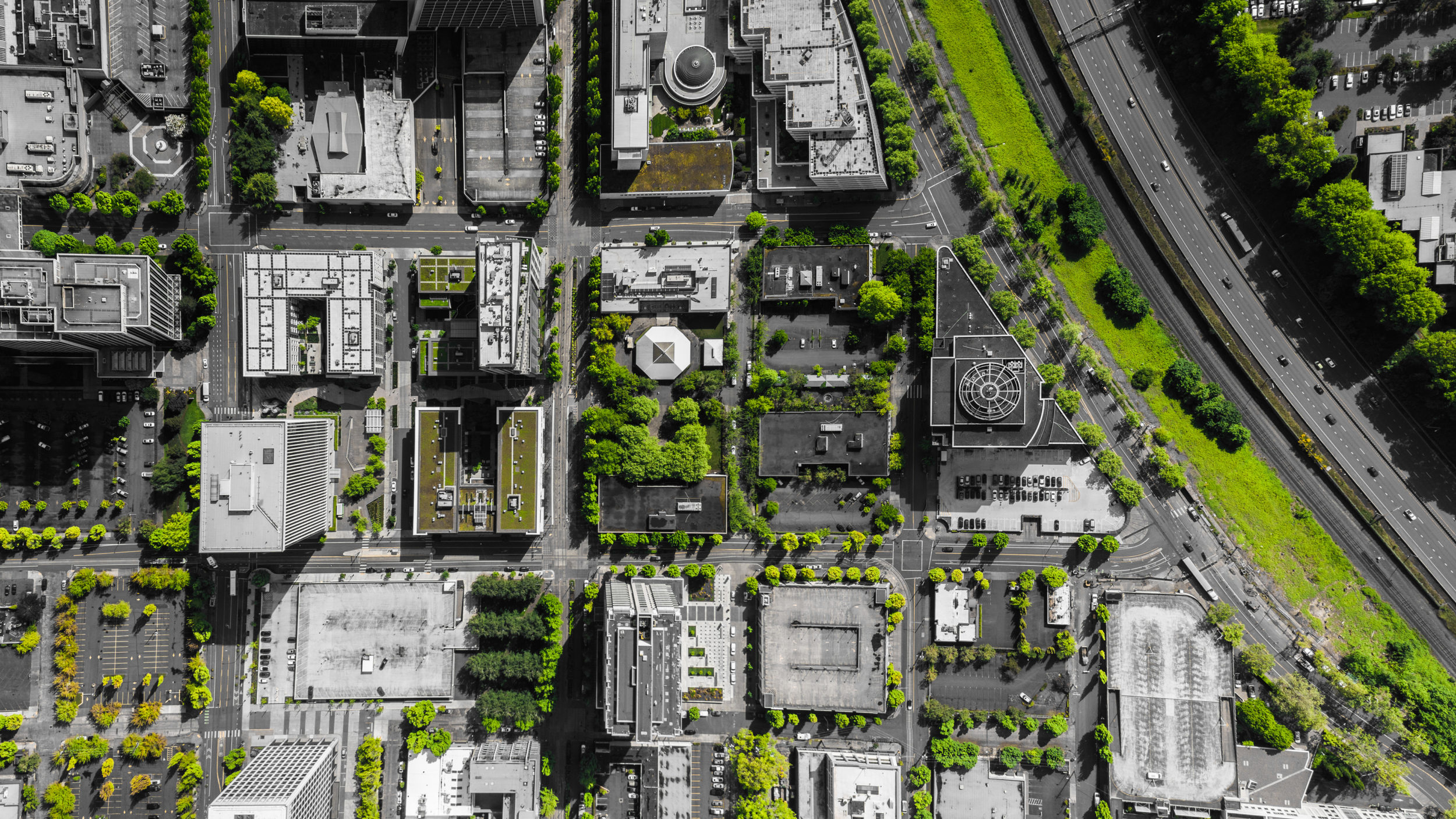 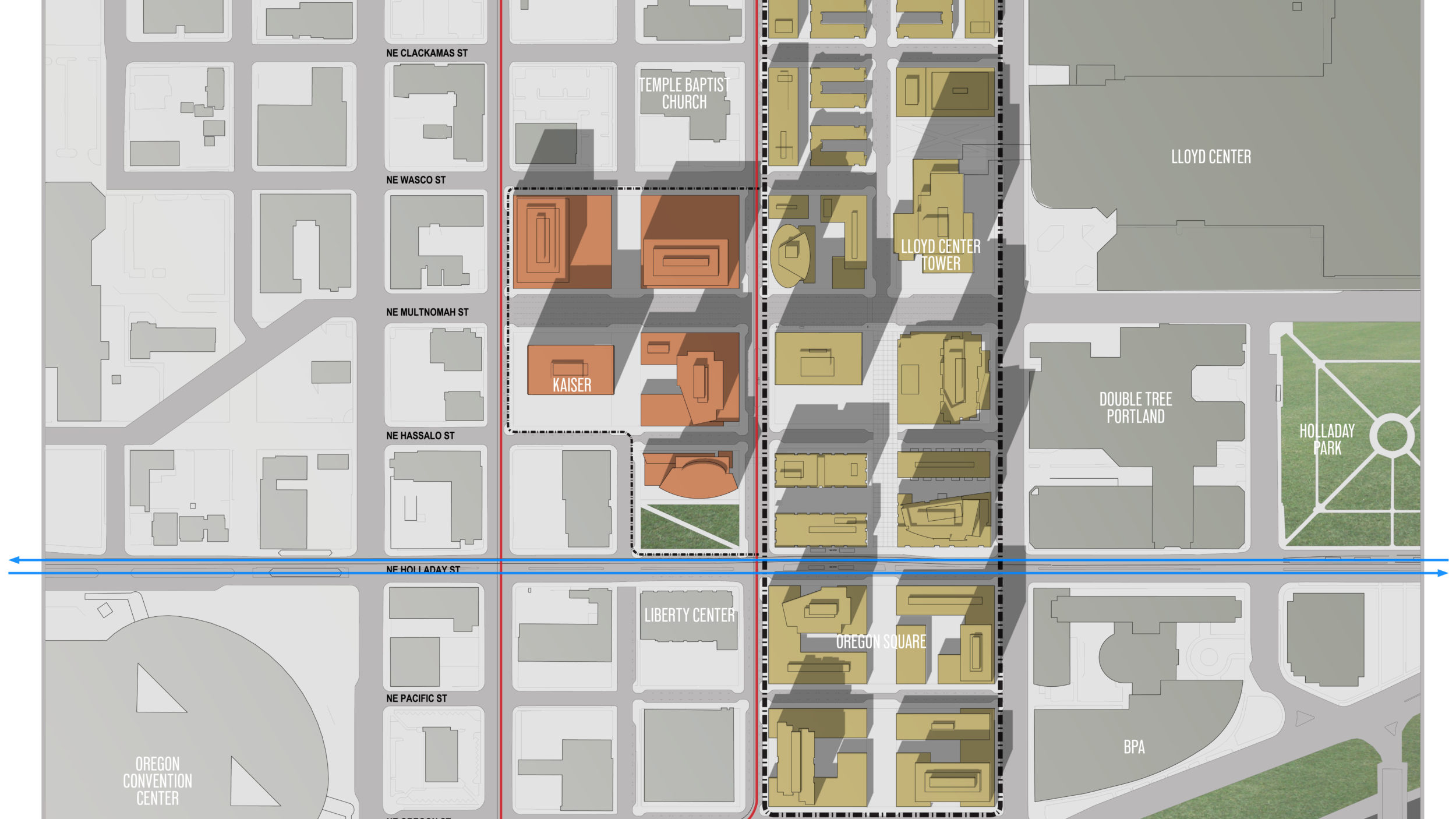 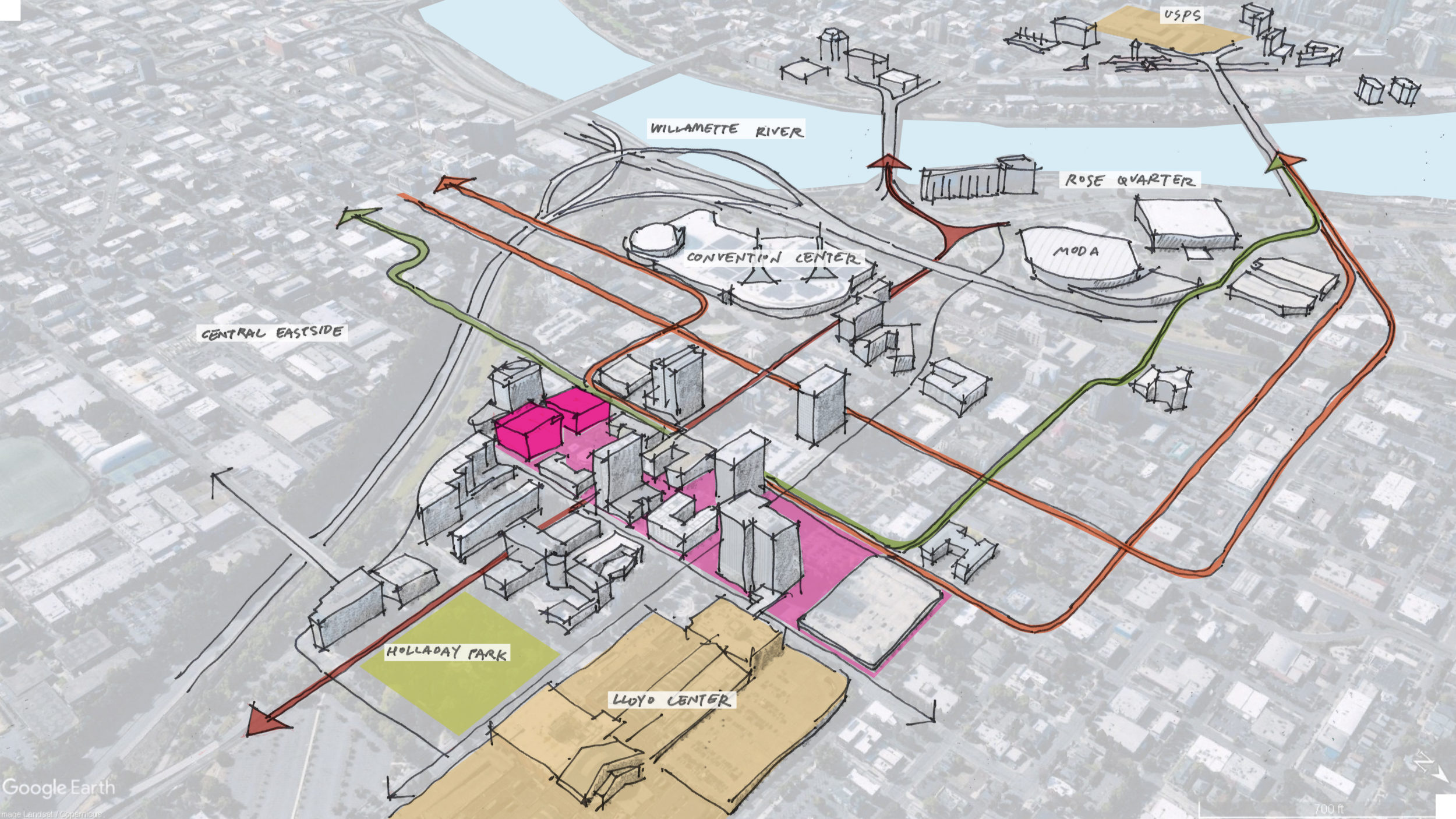 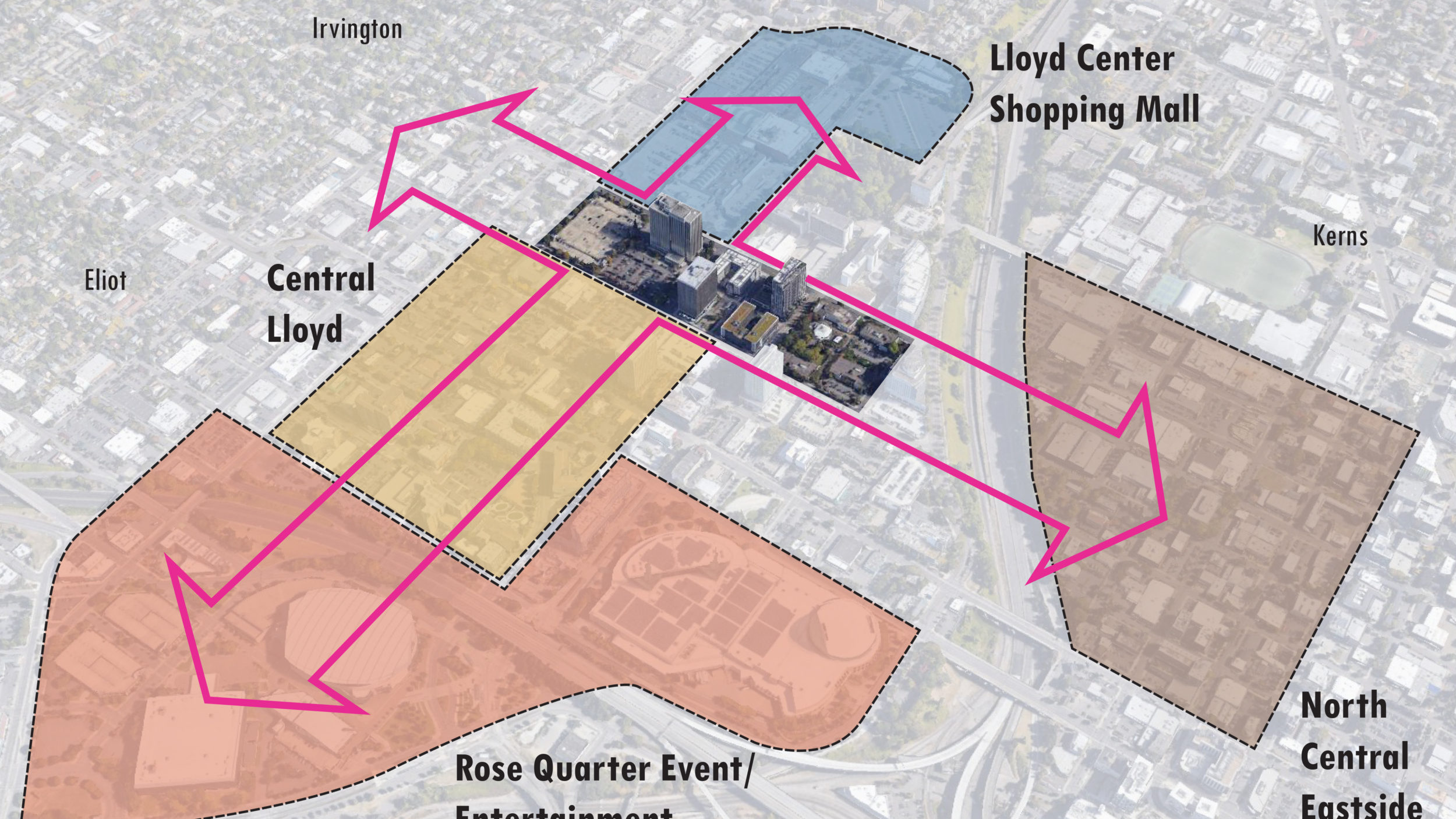 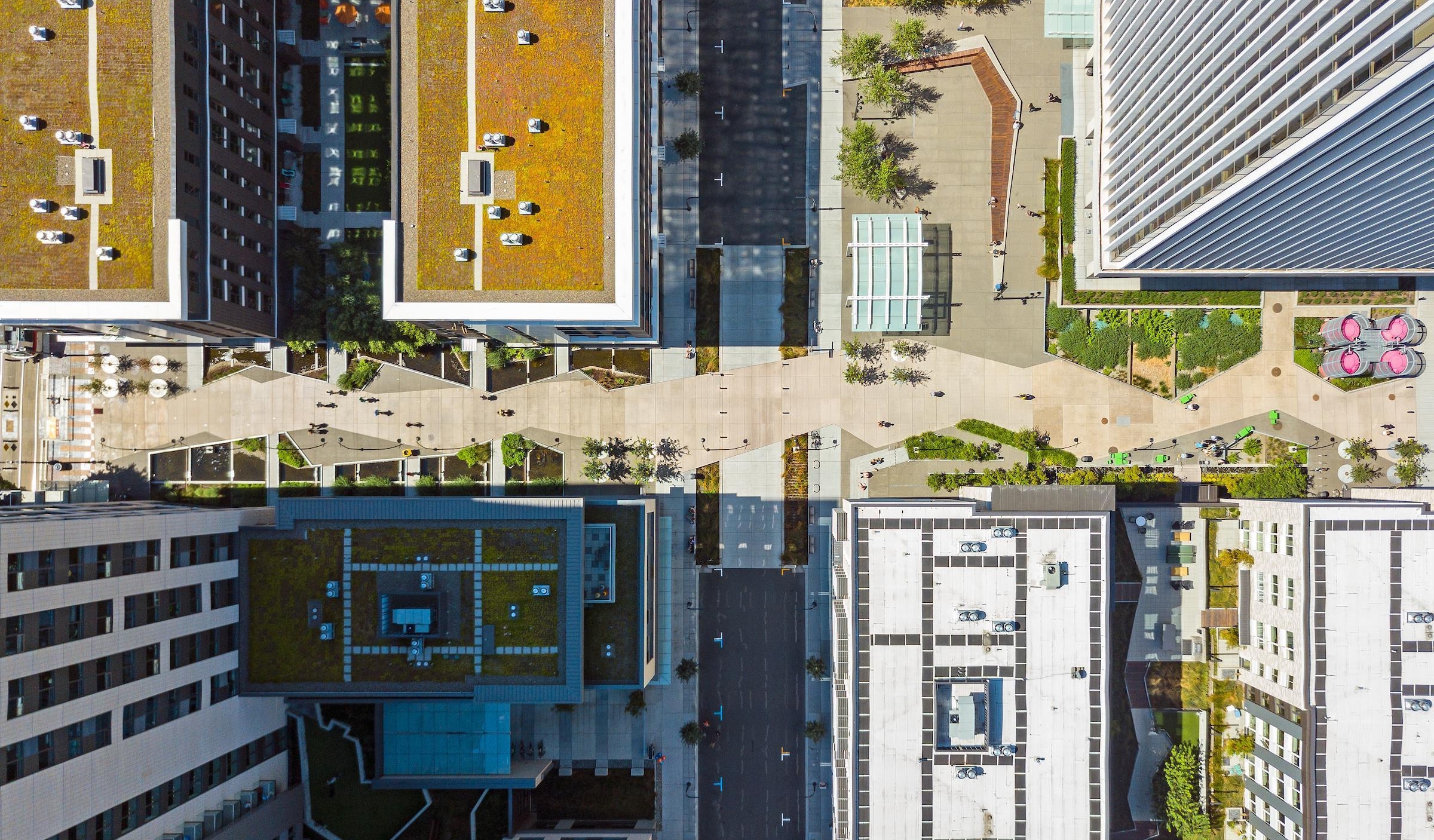 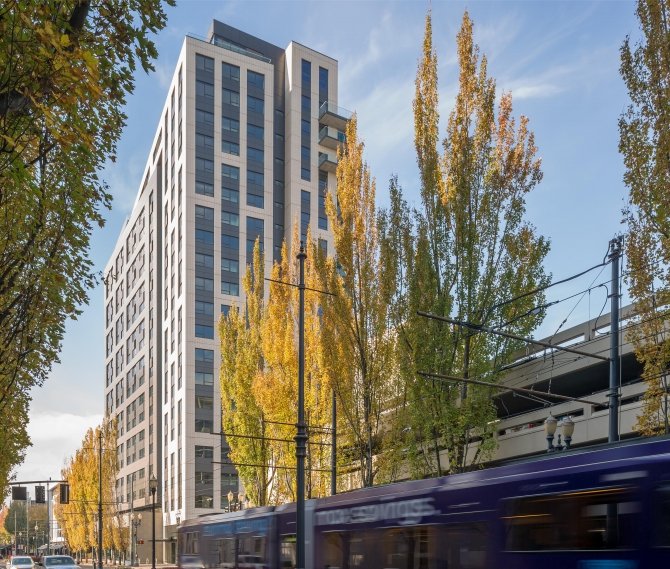 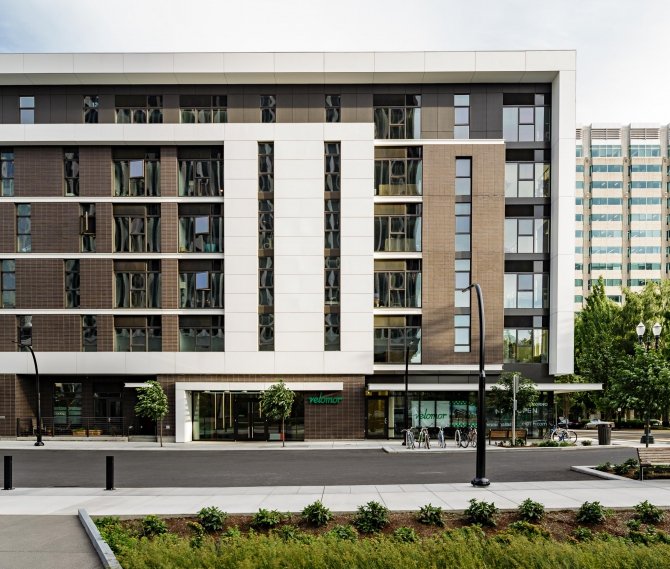 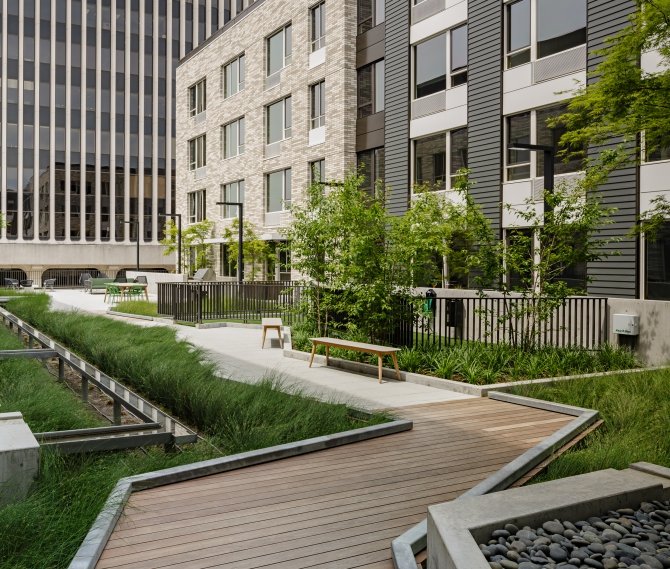 The Lloyd Blocks are located at the convergence of Portland’s most interesting eastside neighborhoods. There existed a gap where mid-century planning principles called for surface parking lots in lieu of dense, walkable neighborhoods. GBD had the opportunity to repair this urban fabric by introducing a mixed-use, dense development that creates a vibrant, 24-hour neighborhood for people to live, work, and play. The numbers are impressive: over a million square feet of new construction spread over three buildings, 657 apartments, 1,200 below-grade parking stalls, an outdoor urban plaza, and North America’s largest bike hub (Lloyd Cycle Station) with space for 900 bicycles. Each new building has received USGBC’s LEED for Homes highest certification of Platinum.

Hassalo’s demonstrations of on-site sustainability strategies have driven the branding and migration of new residents to live in one of the most sustainable neighborhoods in Portland. Site specific strategies include: rainwater harvesting and treatment; on-site wastewater treatment and re-use with infiltration; district energy; natural daylighting; access to public transportation; among others. Hassalo on Eighth was completed in the summer of 2015.

2016 Excellence in Concrete – Mixed Use, OCAPA and OCI