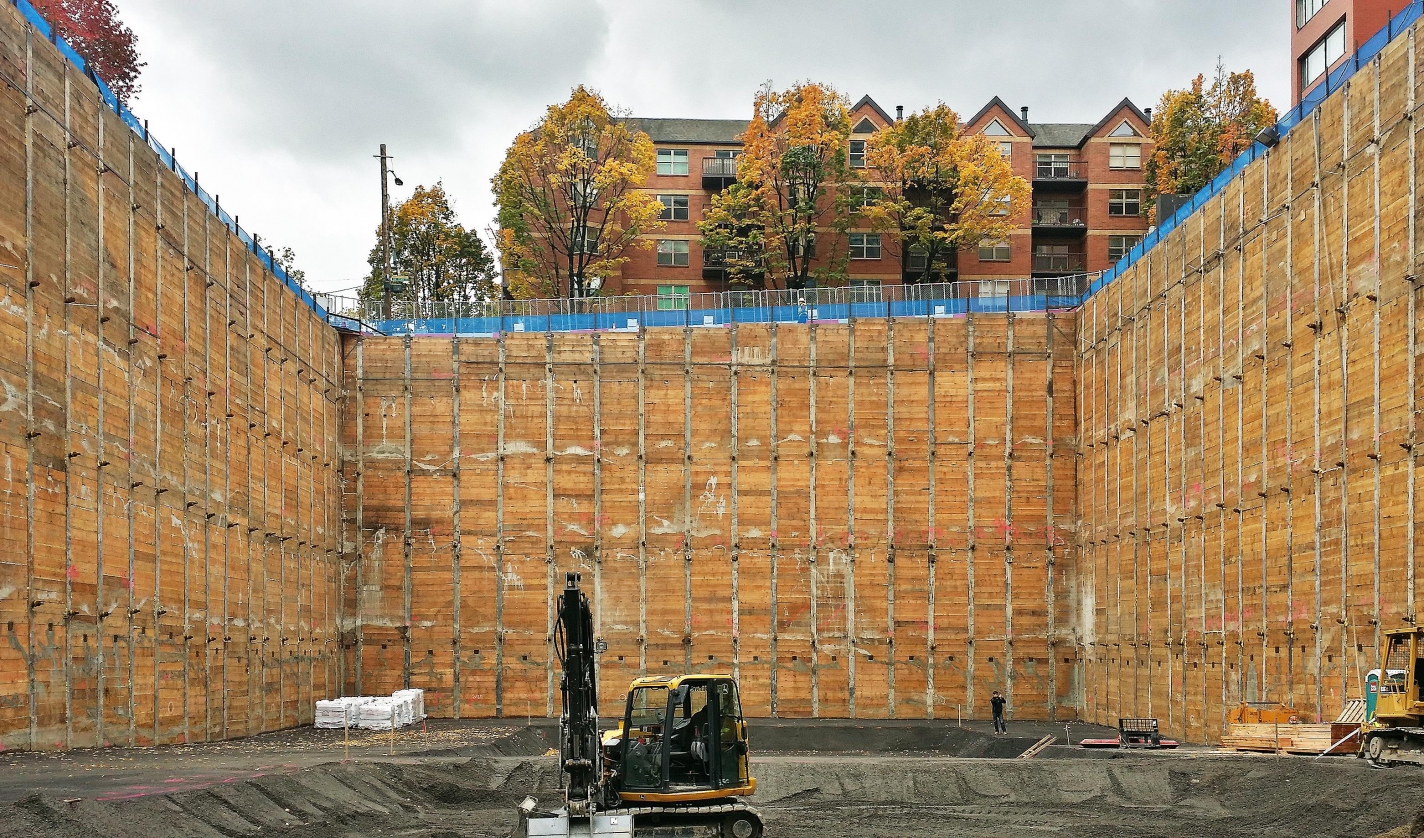 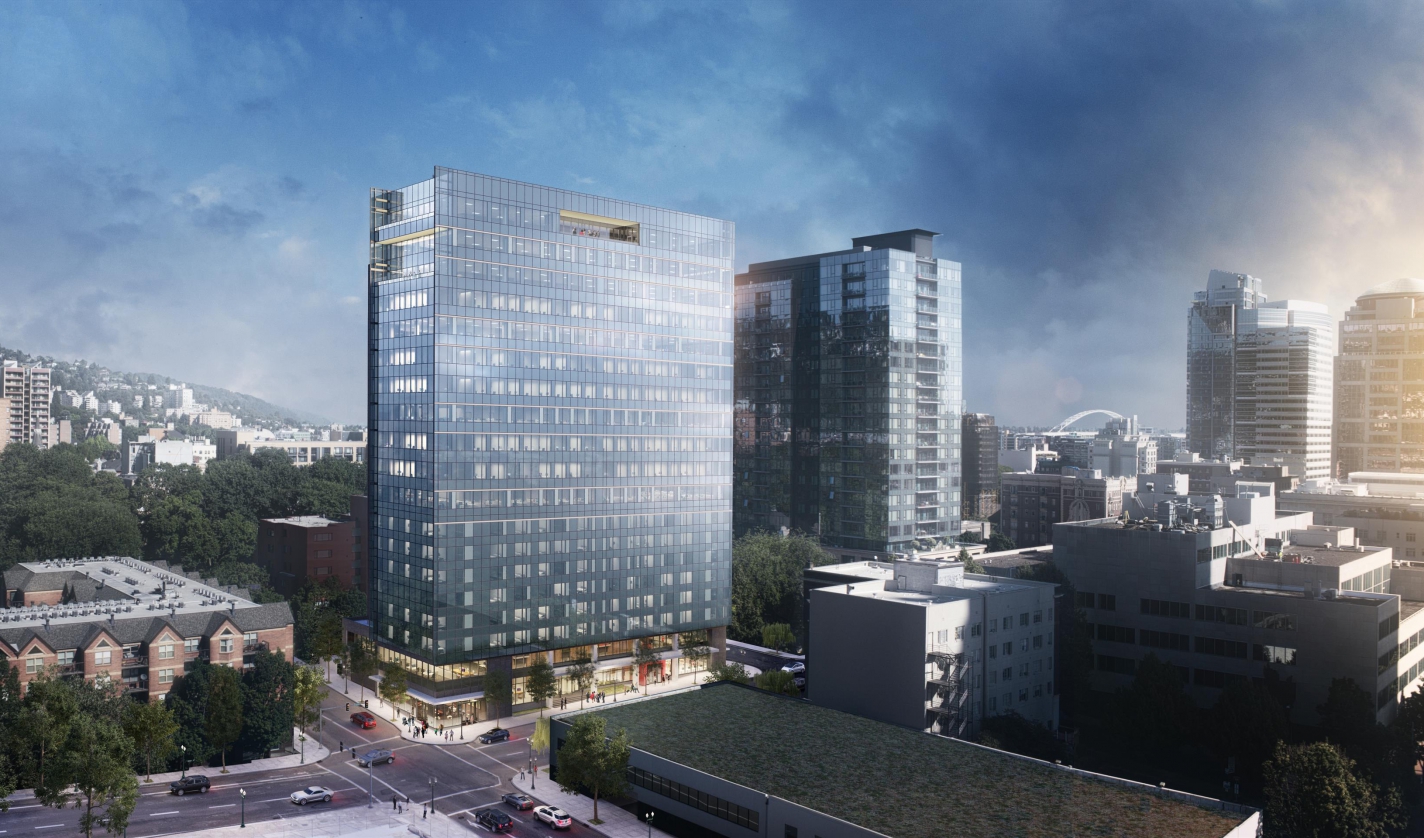 Construction on Broadway Tower gets low

Just over 100 days into construction, the building site of the GBD designed Broadway Tower, has been excavated down nearly 60 ft to reach the elevation of the building’s lowest level.

Construction of the tower began in June, and has been progressing on schedule to dig out all the dirt in order to make room for the tower’s basement and four levels of underground parking. This moment marks a milestone in the building’s construction as crew members will soon begin pouring concrete that will form the buildings base level, sidewalls and each successive floor of the 19 story tower.

Broadway Tower, which is centrally located in Portland’s downtown, just off the South Park Blocks, will add approximately 175,000 sf of Class A office space as well as a 180-room hotel. The truly mixed-use building will also add ground floor retail at the corner of SW Broadway and SW Clay, as well as a 247 stall parking garage below grade. A multitude of sustainable design strategies were incorporated into the building and it is on track to ultimately achieve a LEED Silver certification from the USGBC.

The building’s exterior material pallet will be a combination of curtain wall glass, terracotta rainscreen and storefront glass on ground level. The curtain wall cantilevers beyond the north and south faces of the building, further strengthening the unification of the programmatic components of the complimentary office and hotel uses. The form of Broadway Tower stems from strong contextual responses to the unique site and the contemporary statement the tower will have along Broadway. The mass of the building steps back to address the residential neighborhood of the Park Blocks, while the curtain wall façade presents itself along Broadway with an articulated glazing pattern reminiscent of the vibrant nature of downtown.

Construction will continue for another 21 months with completion slated for summer 2018.