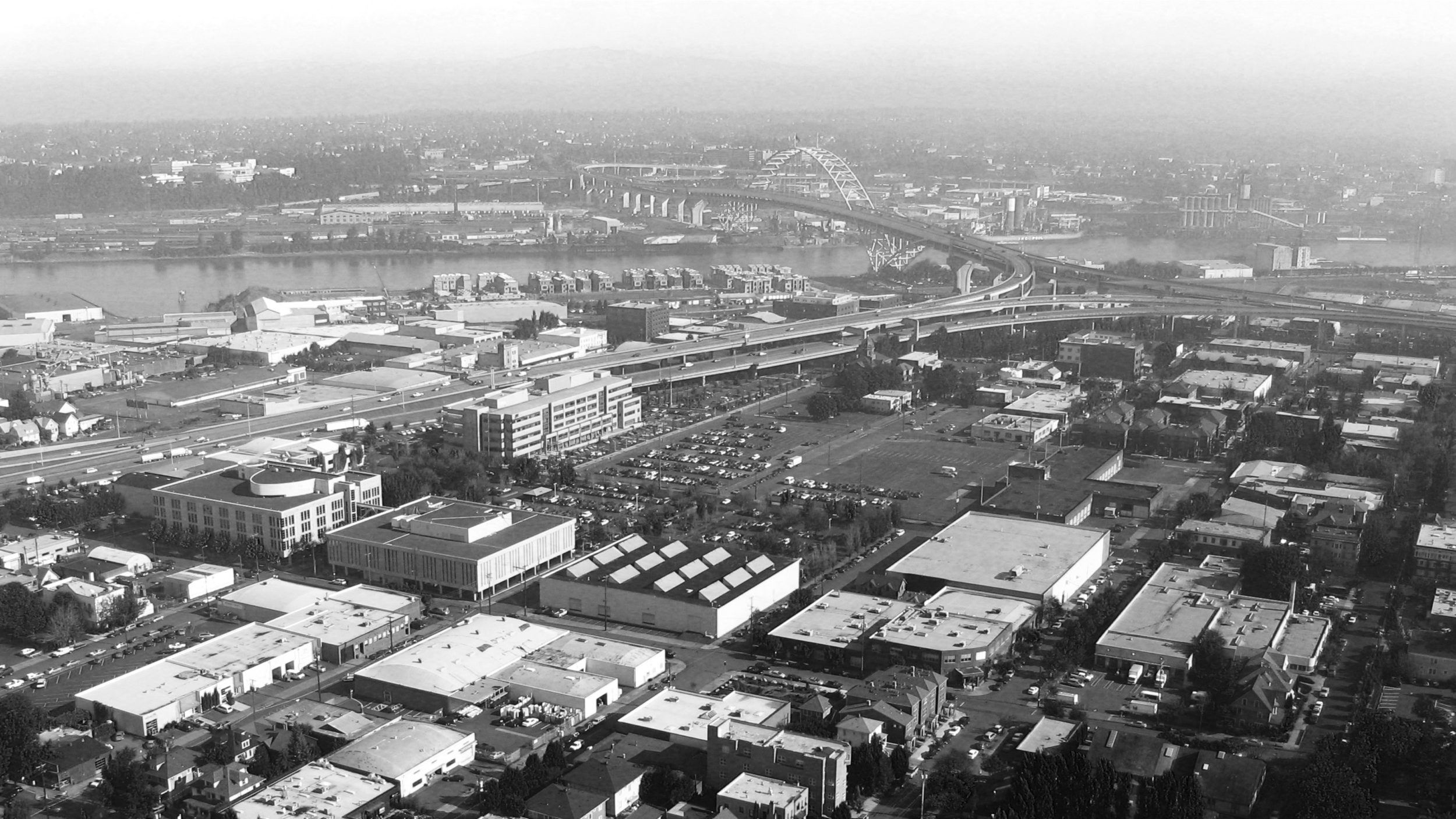 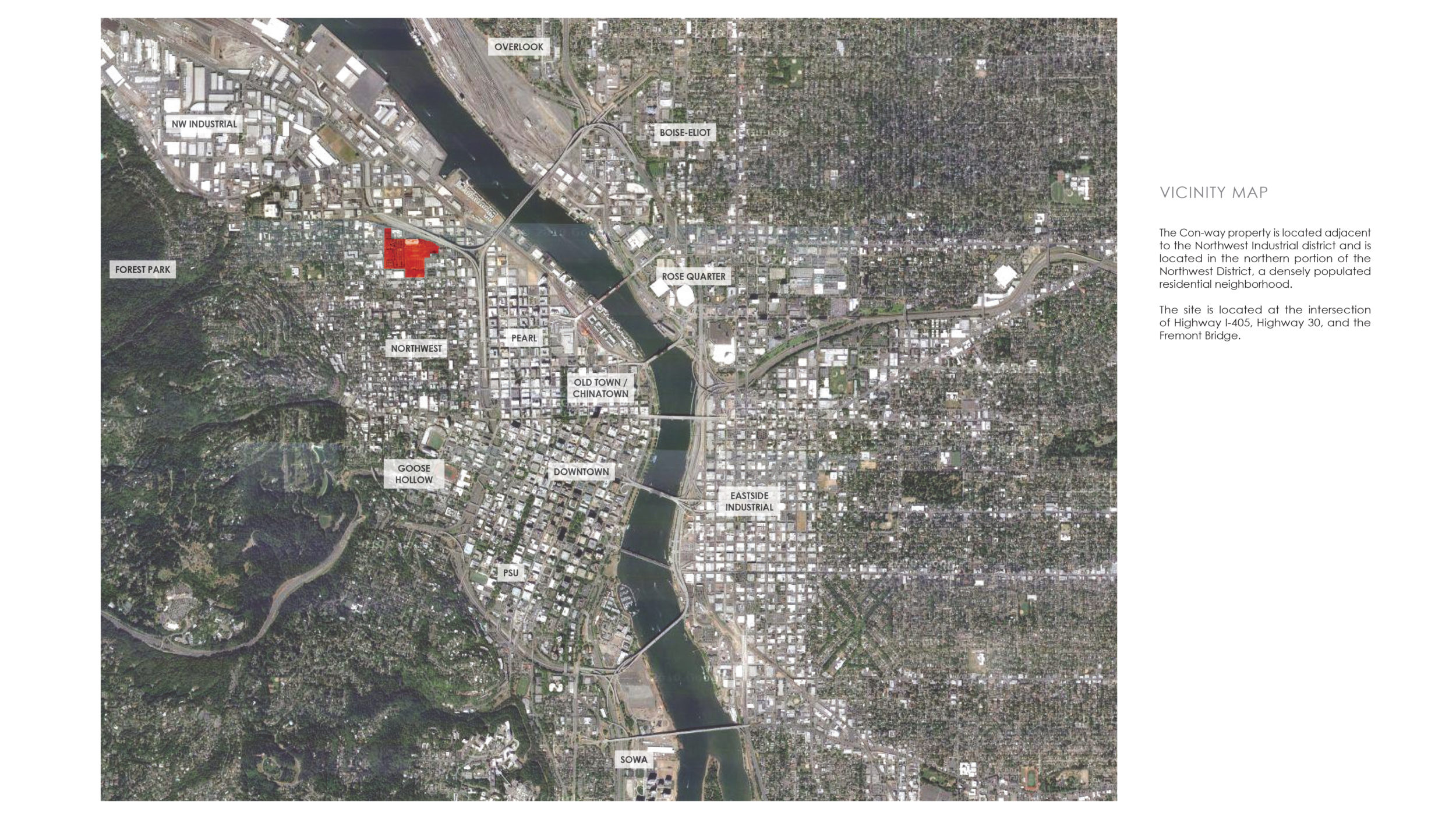 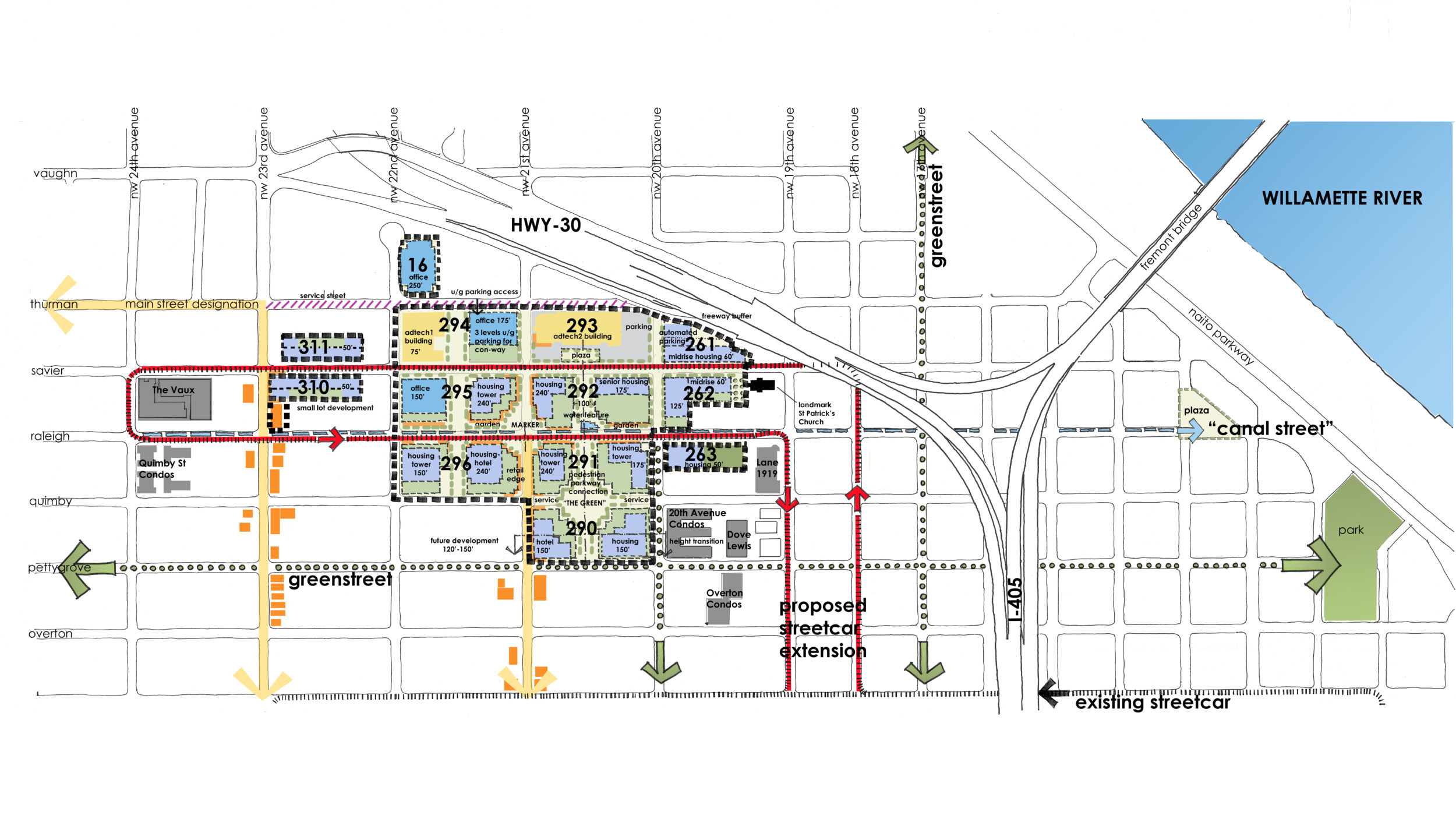 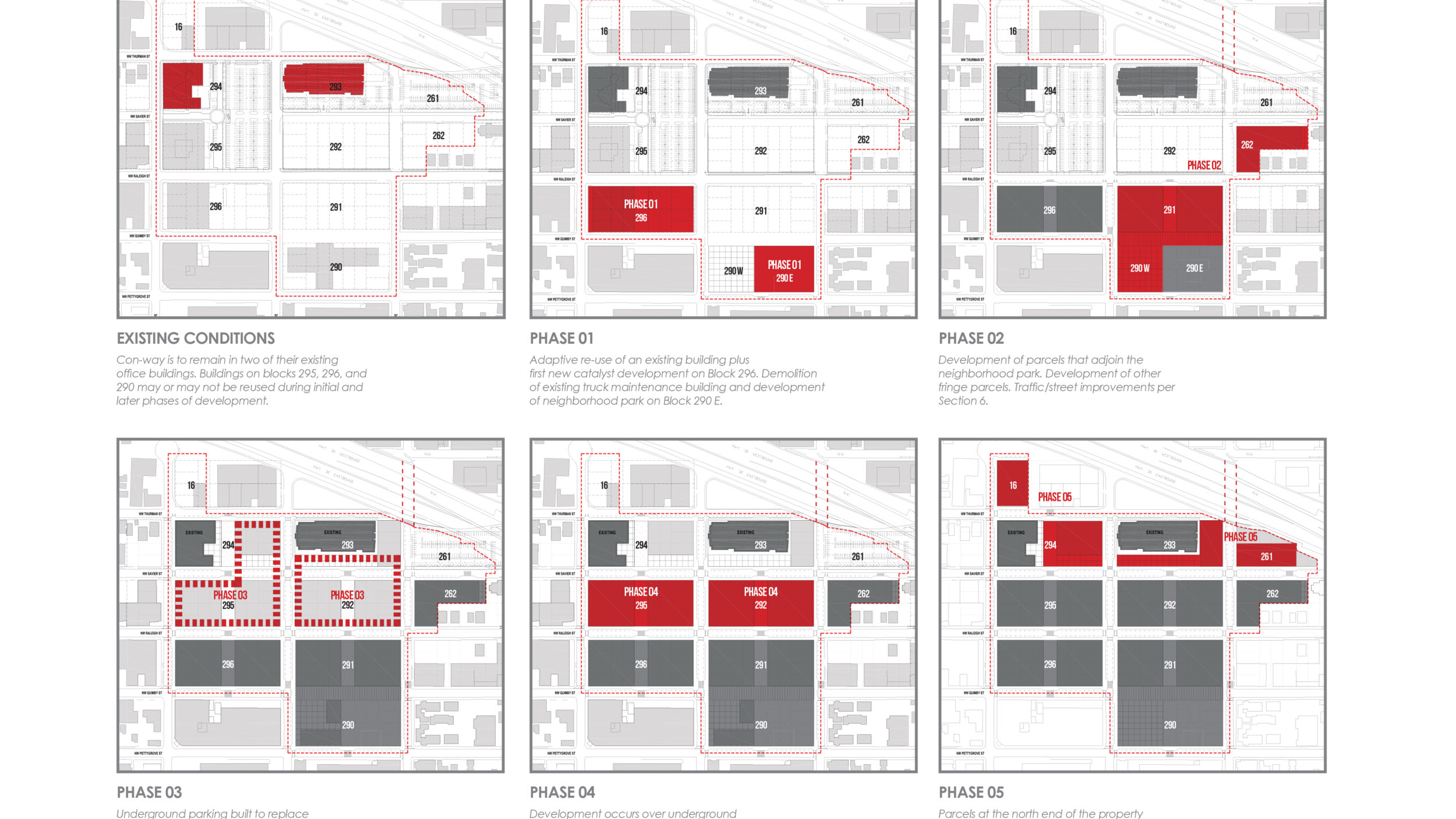 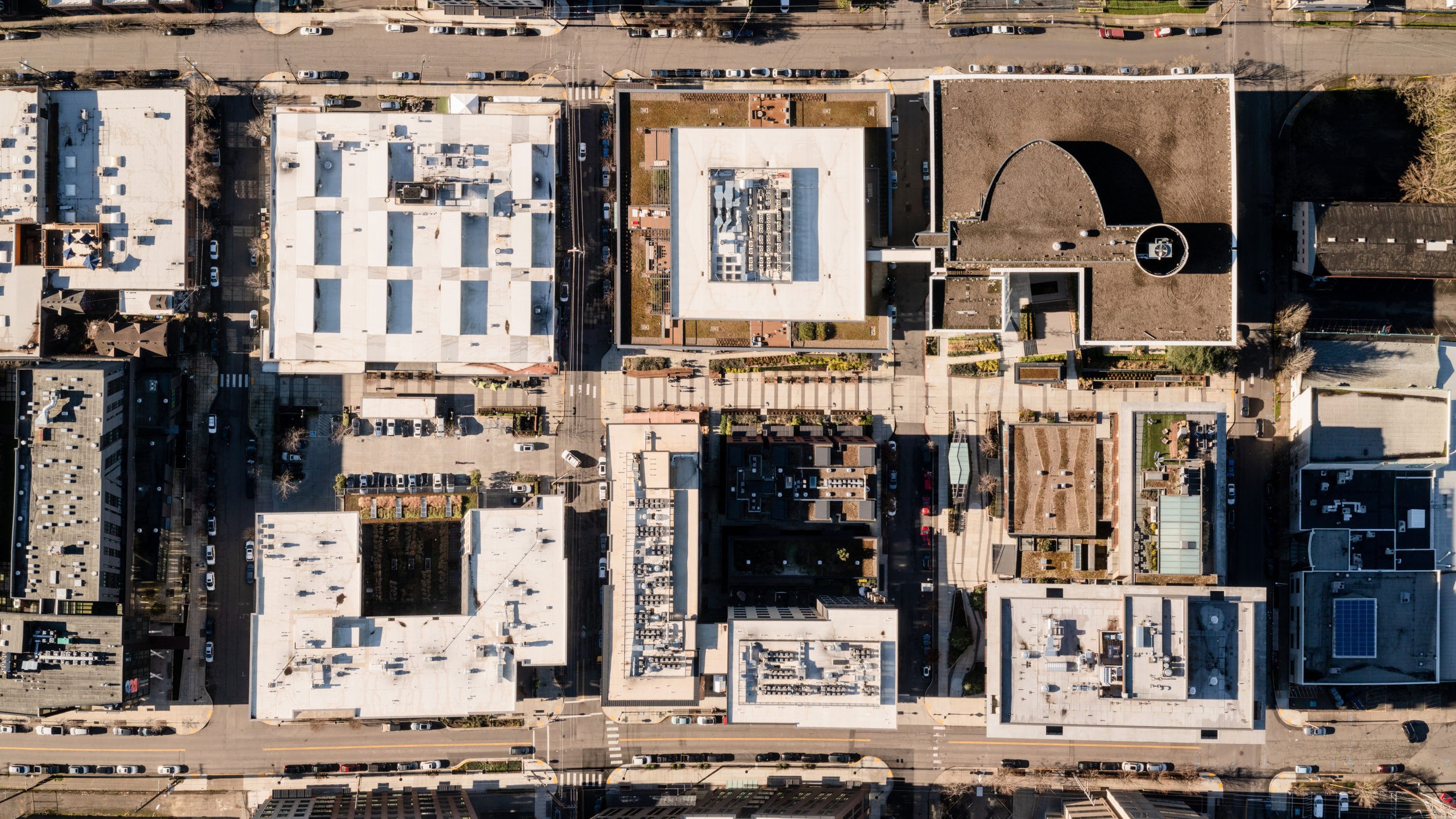 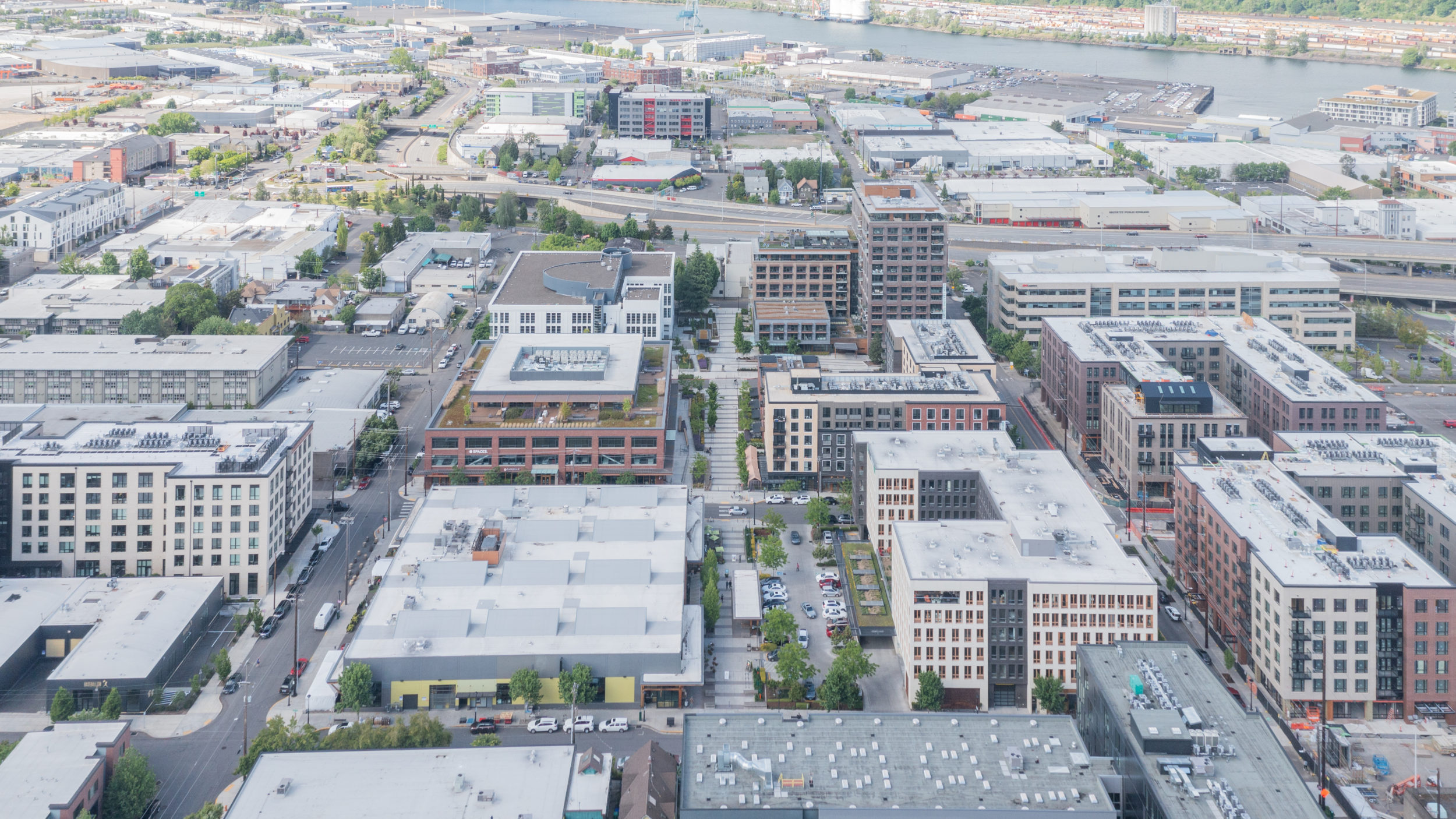 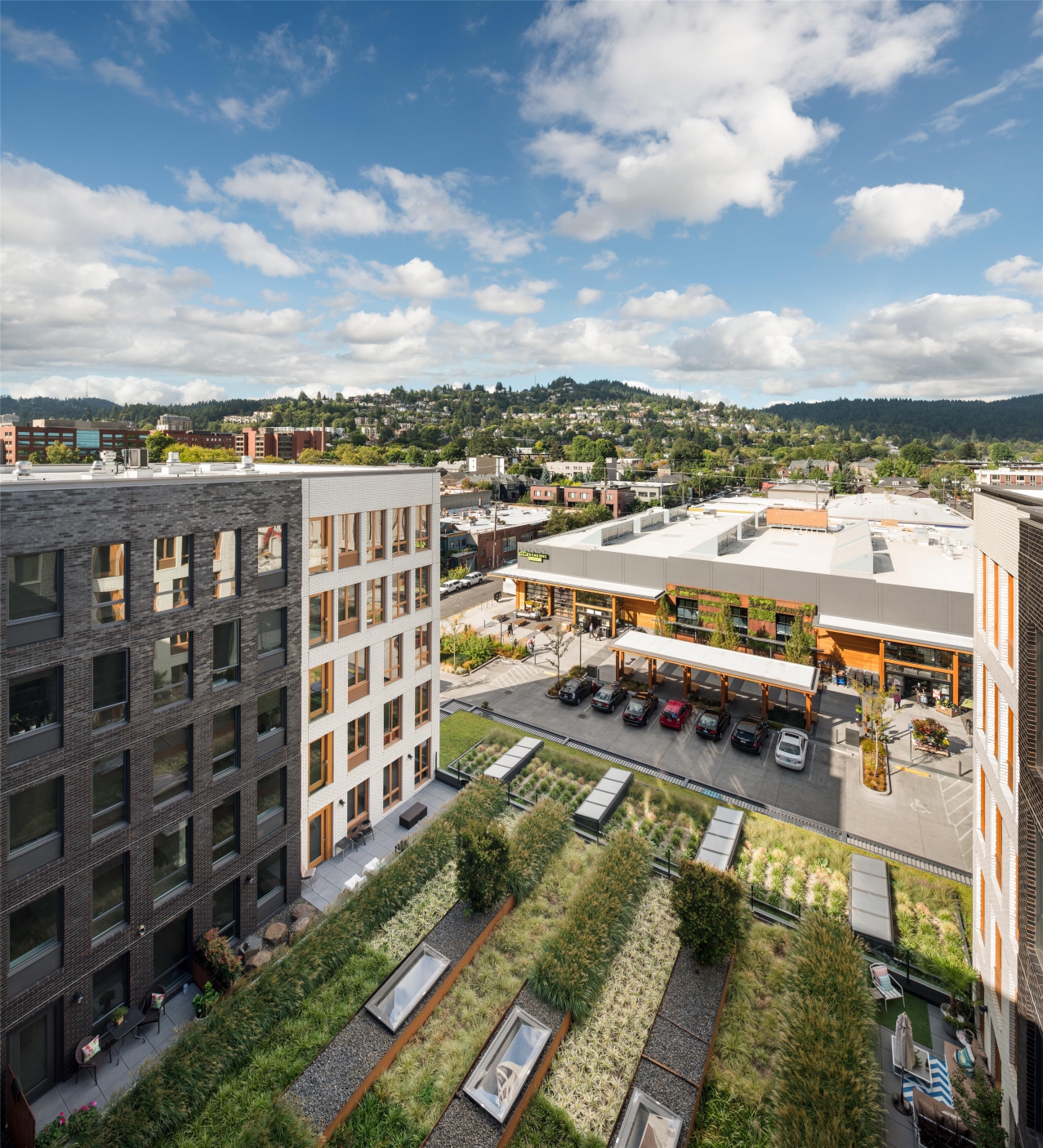 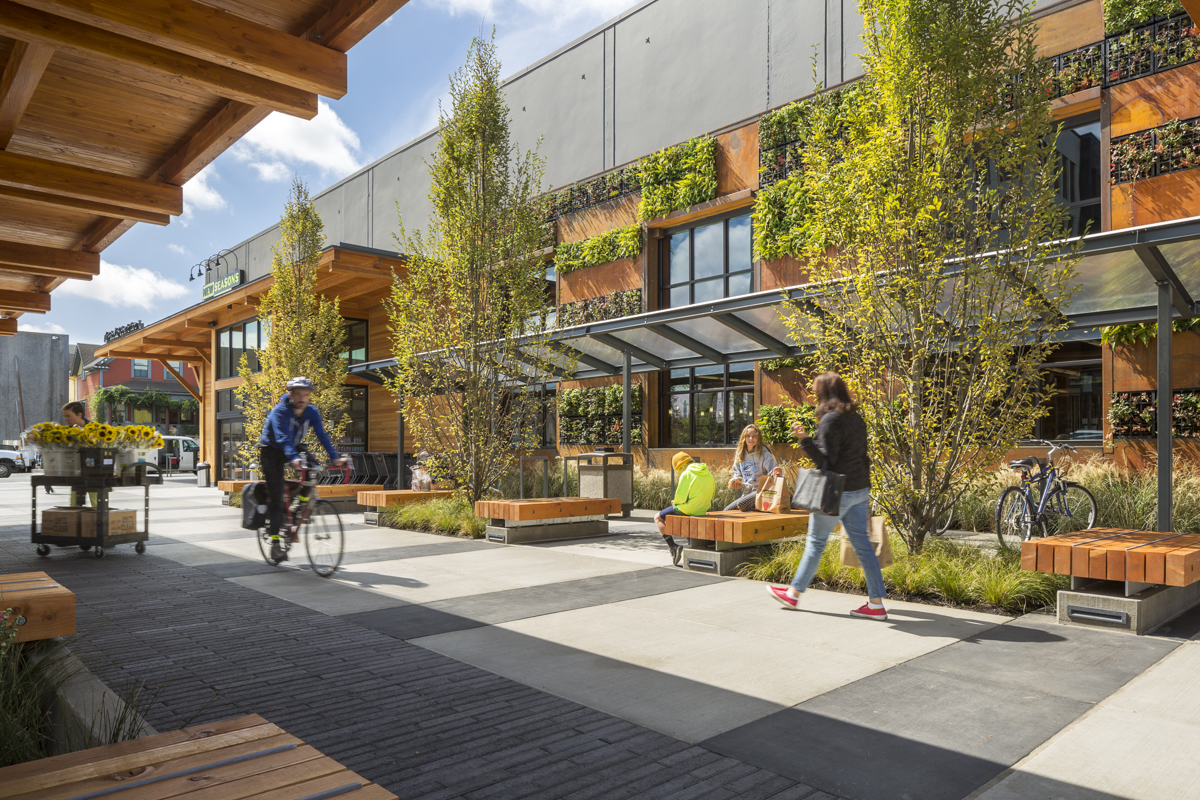 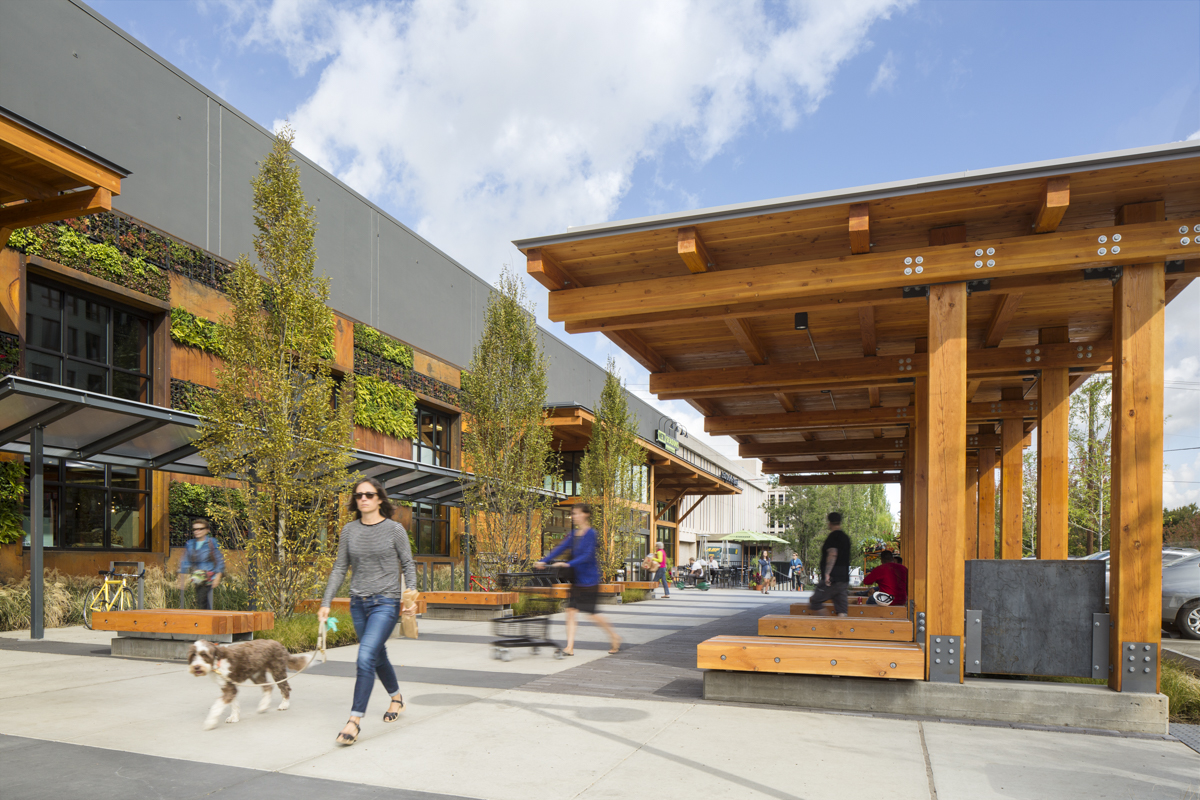 GBD’s involvement with the Con-way Blocks dates back to the 1970’s when we started work with Freightliner (which Con-way eventually bought out) and did space planning for them from 1975 to 1991. We continued with designs for the Adtech I building in 1988 and the Adtech II building in 2001. In time, Conway planned to sell parcels of their land to private developers for redevelopment. GBD and Con-way created a framework master plan to orchestrate this multiyear, multi-phase effort, and GBD has since designed several blocks of the new development. 2015 saw the opening of the first buildings in the neighborhood that was once a sea of surface parking. Slabtown Marketplace—a 36,000 square foot warehouse transformed into a vibrant New Seasons Market, partnered with the LL Hawkins—a new 113 unit apartment building, created an anchor for future development. Most recently, the construction of The Carson and The Carson South brings two new mixed-use residential buildings with curated ground floor retail and two levels of underground parking. At 14-stories The Carson houses 224 apartments over ground floor retail. The Carson South is a six-story, 161- unit apartment building. A continuous underground parking structure that flows beneath both blocks provides parking for approximately 600 cars and 500+ bikes. Together, these two blocks provide generous public open space (37% of the overall site area) to create a distinctive identity for the neighborhood.