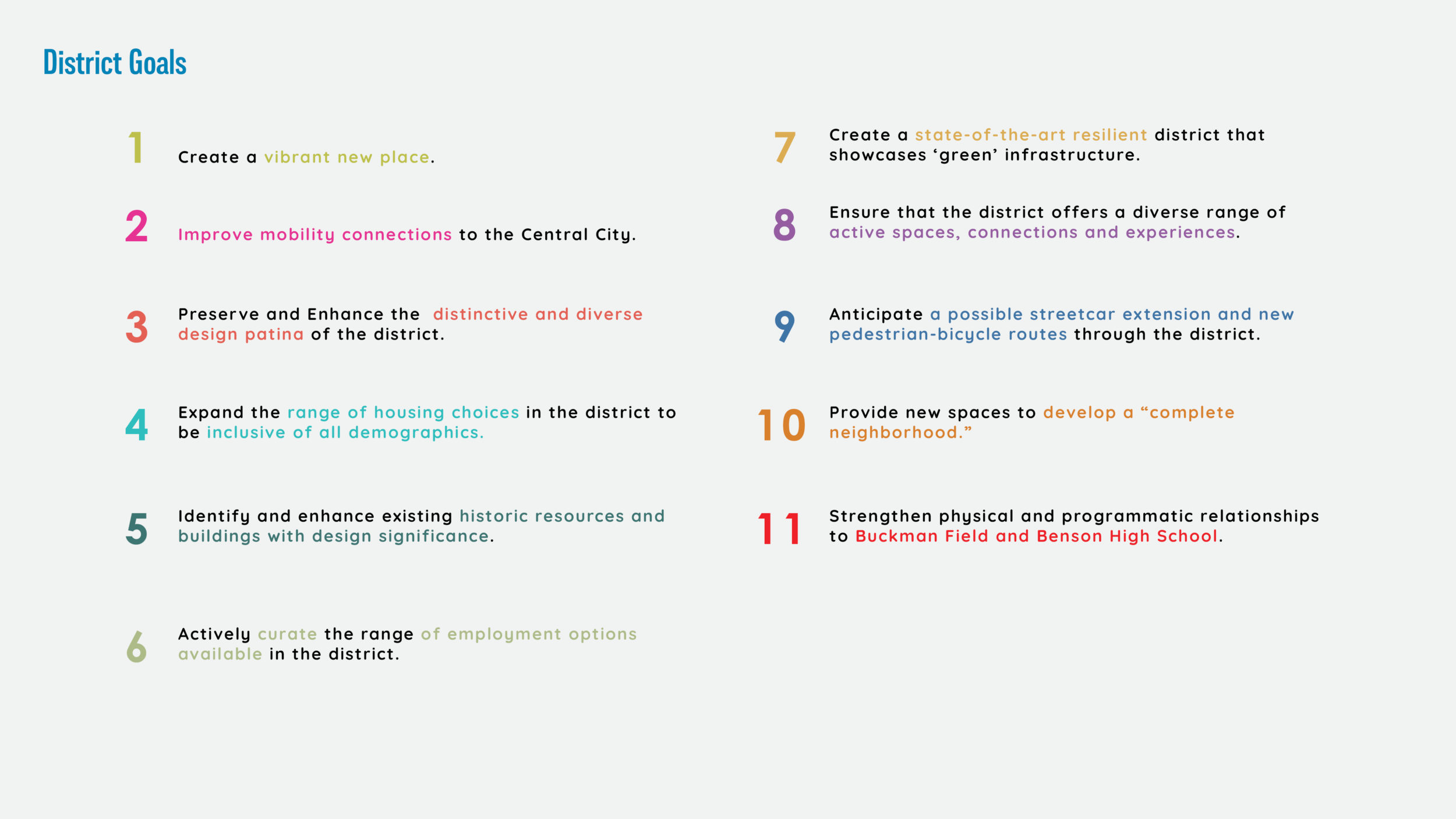 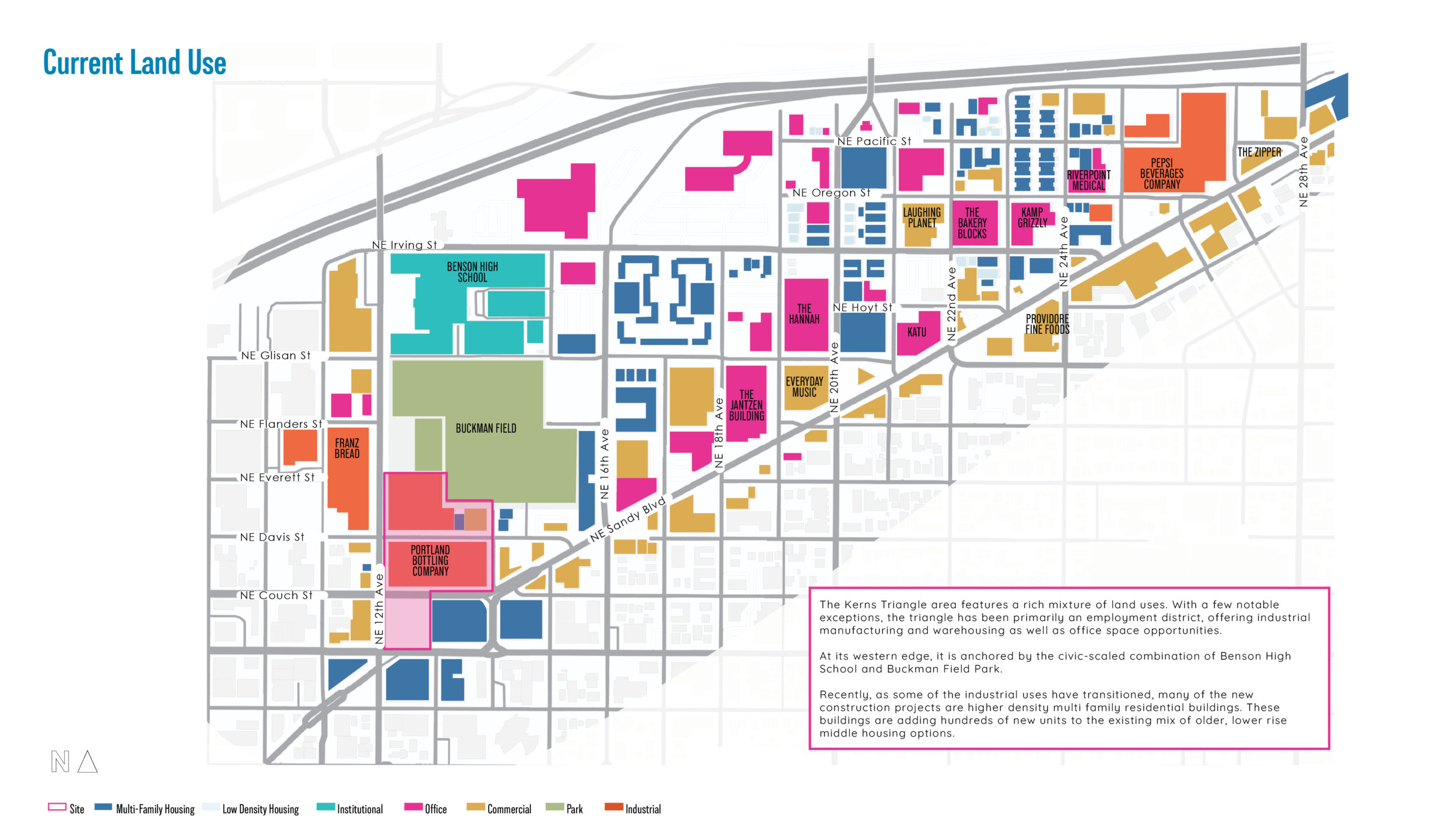 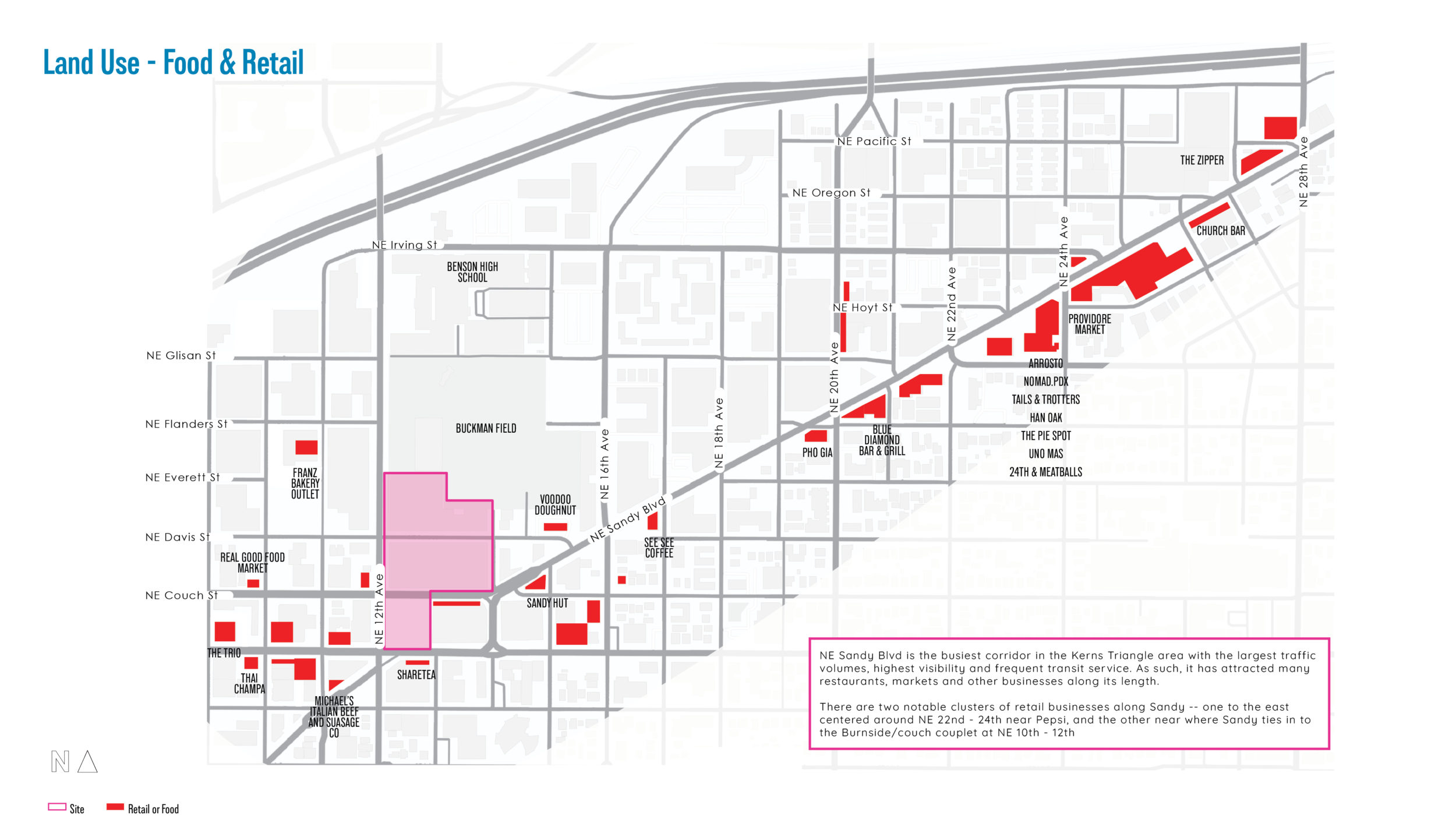 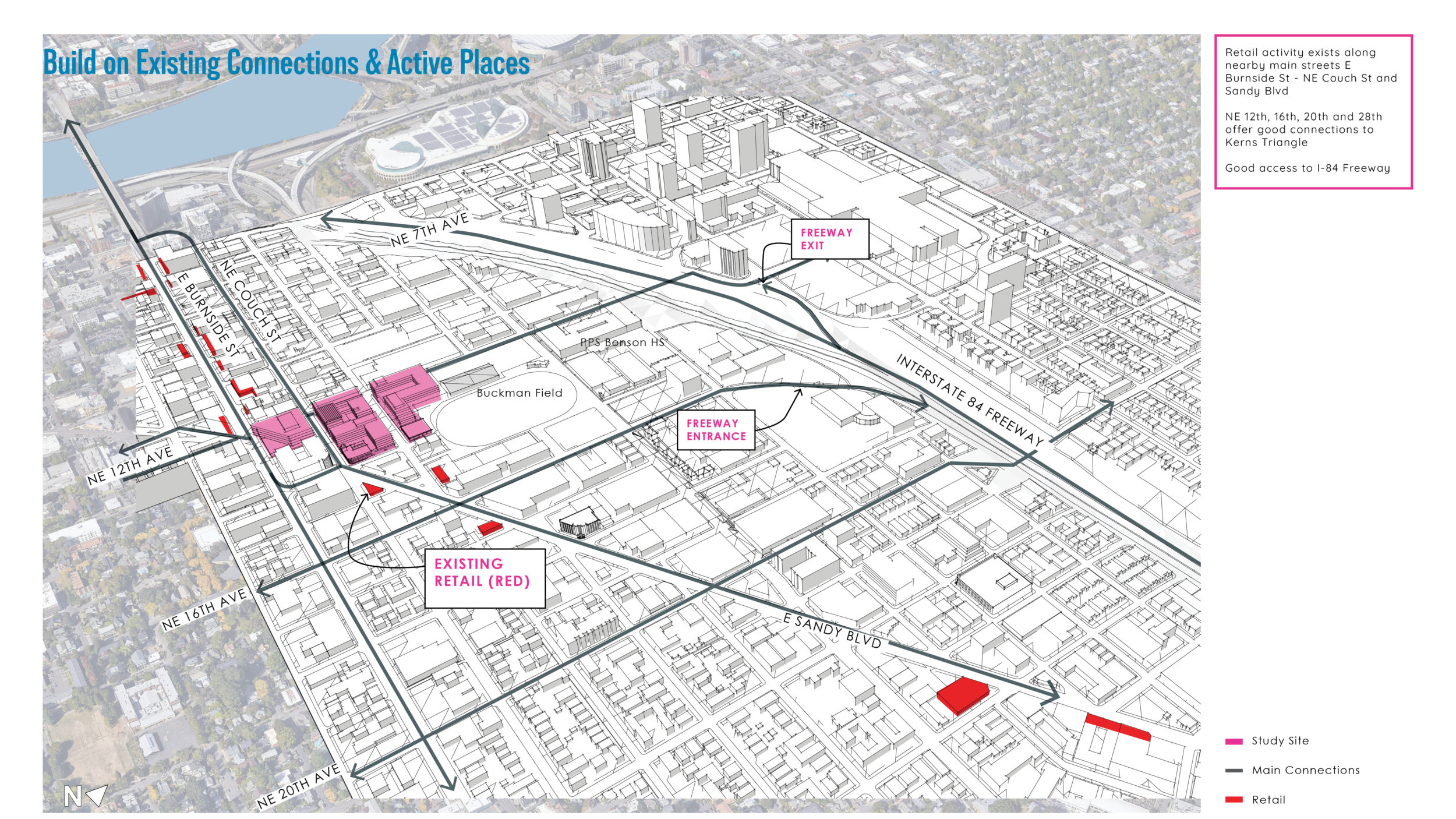 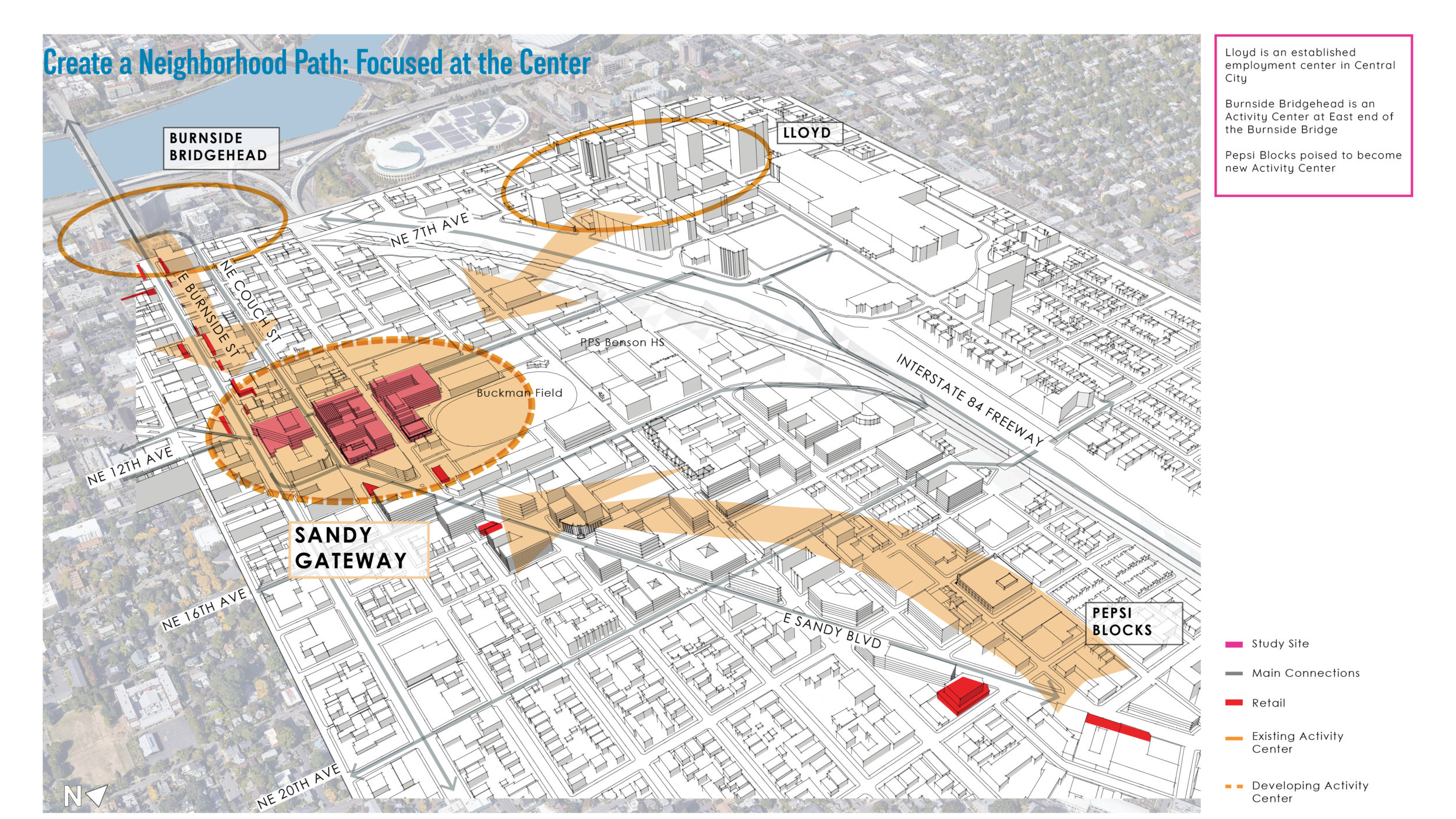 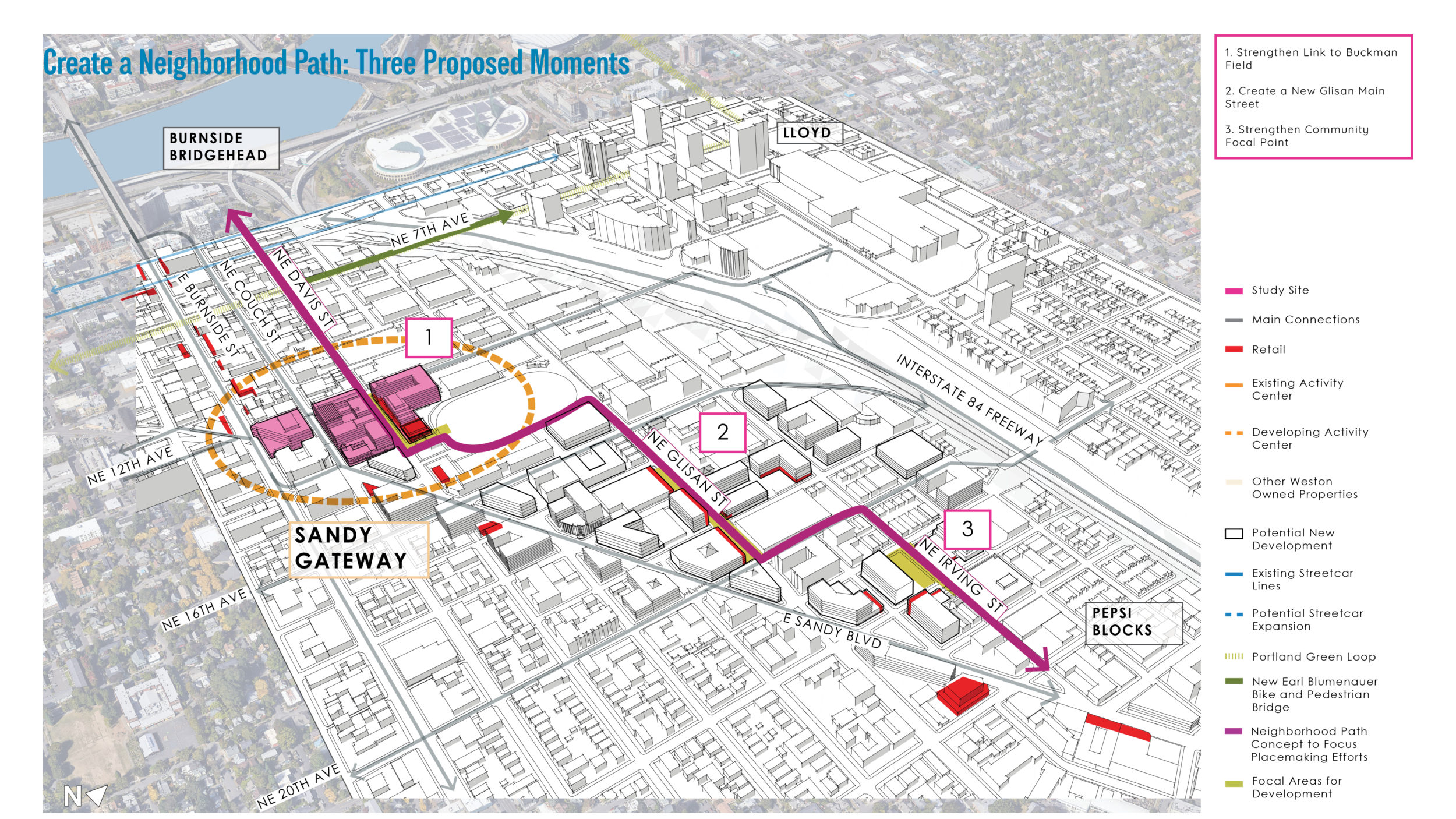 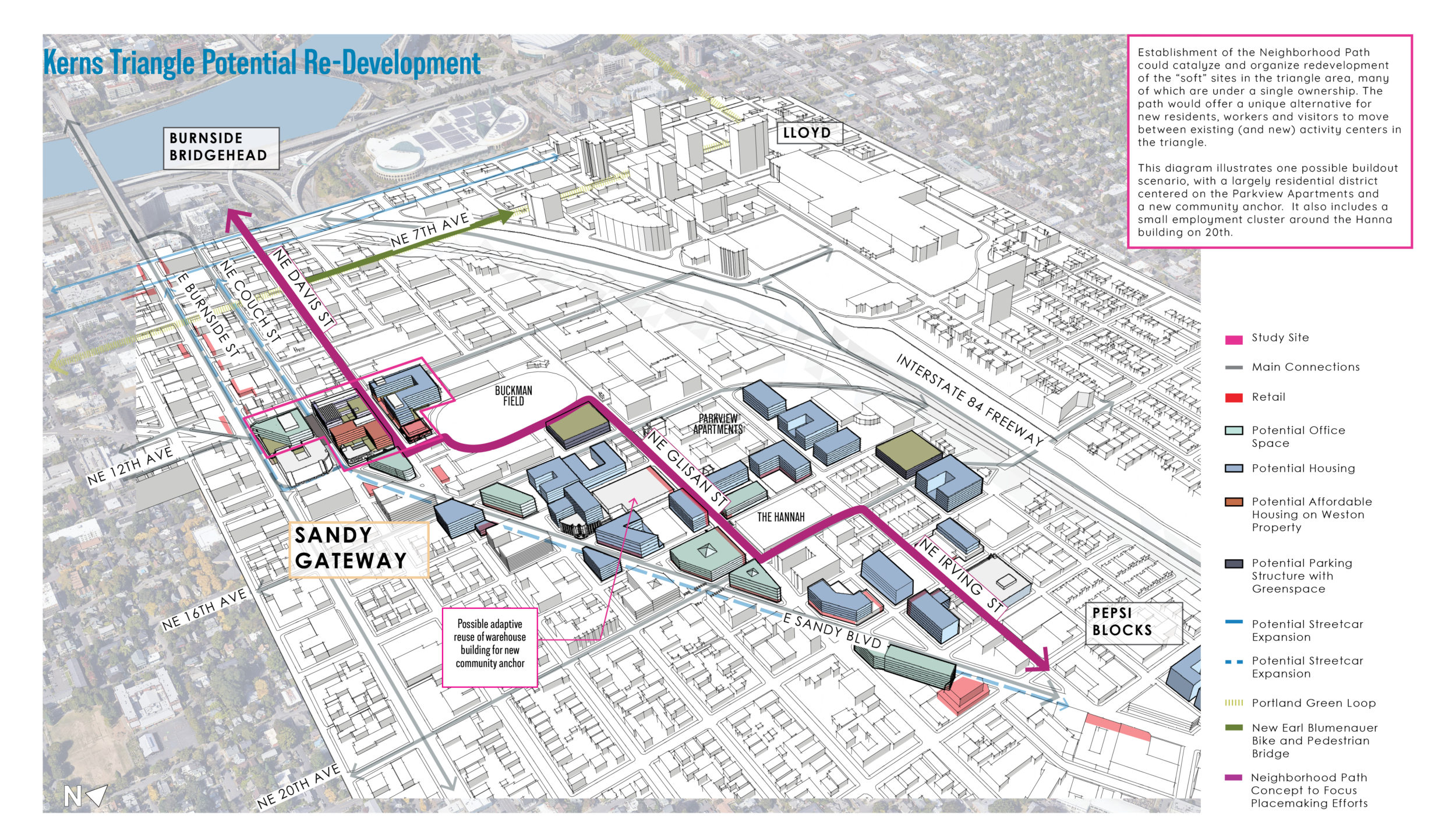 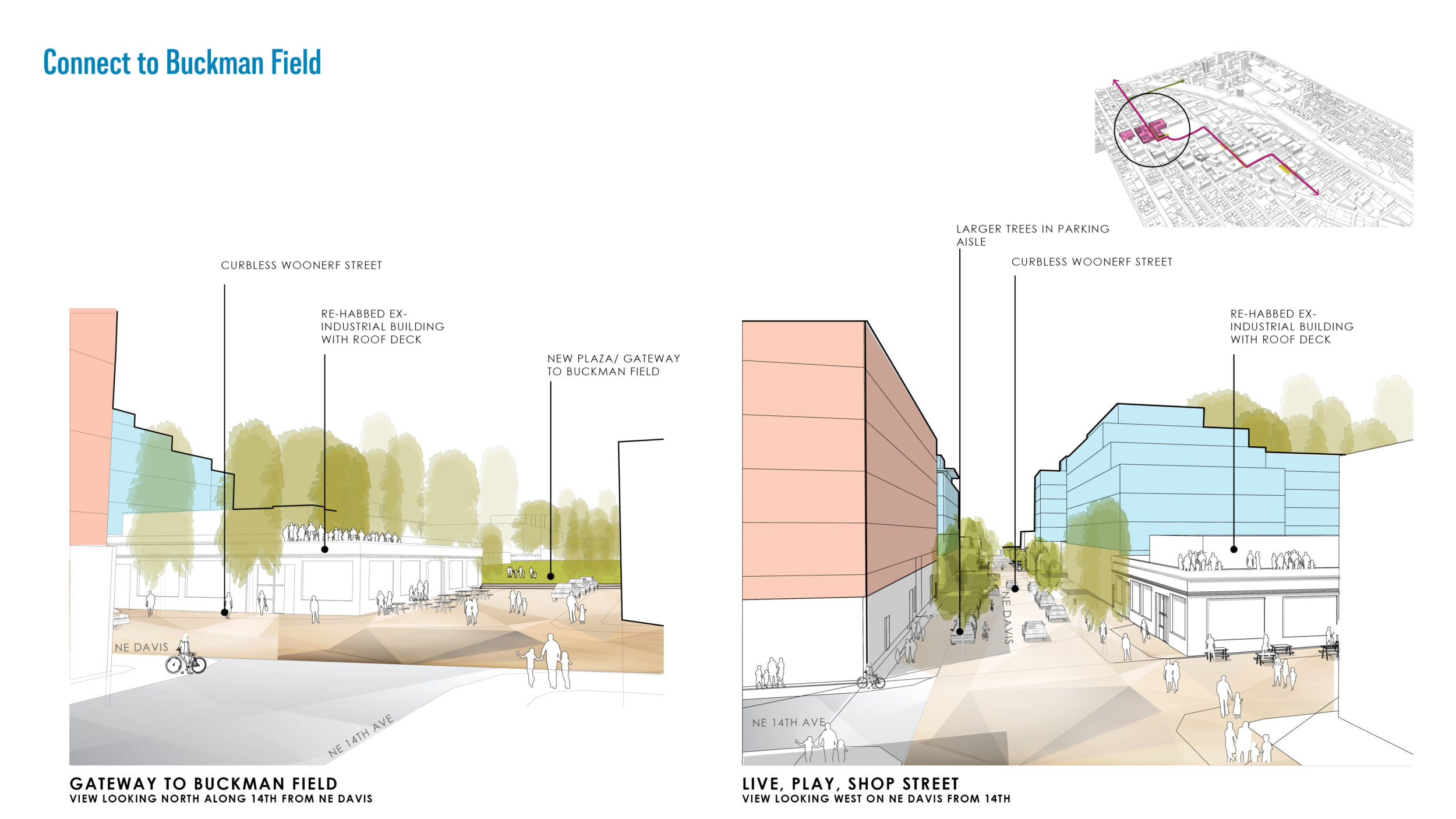 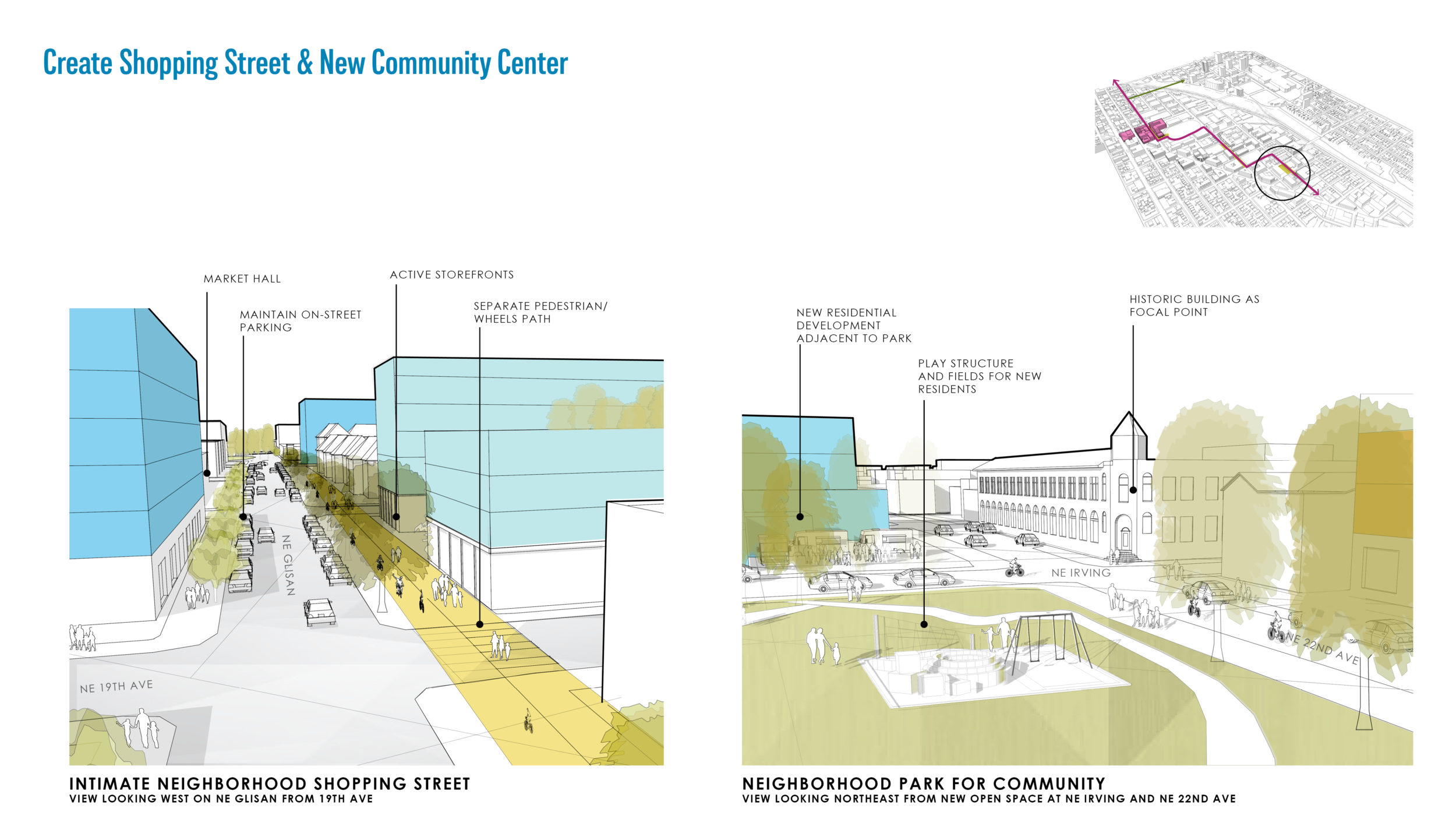 GBD developed a unifying urban design concept for the Kerns Triangle in NE Portland. The visioning and concept development were a part of a more targeted look at several blocks in the western end of the triangle. The concept proposed a pathway for local residents and workers, an alternate to the busy and highly visible Sandy Blvd., linking activity centers between the Burnside Bridgehead and the Pepsi Blocks at 28th and Sandy.

The concept included a new streetscape designs for segments of NE Davis and Glisan Streets, a new gateway to the Buckman Field park and a new community open space in the heart of the triangle area. The concept flowed out of analysis examining the physical, social and historic context of the triangle – the streets, buildings, places and businesses in the district.